Réserve Royale at Dinner in the Sky Brussels 2017 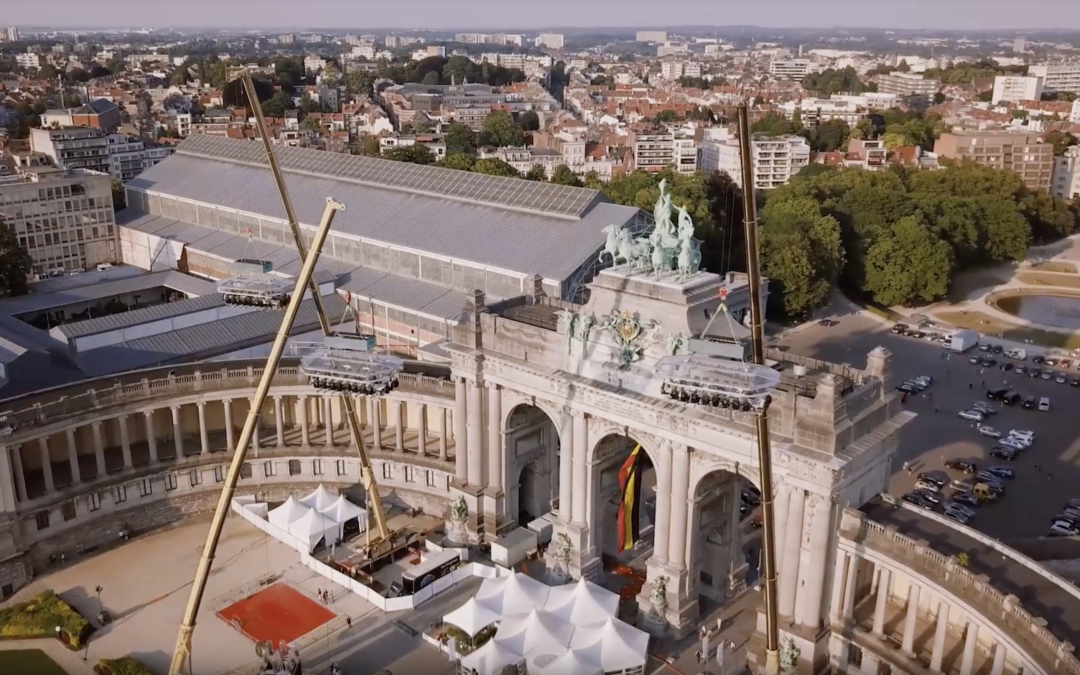 This year Réserve Royale has been once again the beer partner of Dinner in the Sky Belgium. Dinner in the Sky is a Belgian concept that Forbes magazine called one of the world’s ten most unusual restaurants. Indeed, it is nothing less than 22 guests, 1 Michelin Star chef and a table lifted by a crane at 60m in the air. This year, 3 tables were lifted simultaneously.

After a world tour (Sydney, Toronto, Rio, Monaco, Paris,…) accompanied by the best chefs on the planet ( Joel Robuchon – page officielle-, Pierre Gagnaire, Alain Passard, …). Dinner in the Sky has taken over the sky of Brussels for its 11th time.

This year, it has hosted the most renowned Brussels’ chefs among which :

Each day the chefs have treated 22 guests to a 5 courses lunch and 2 5 courses dinners. The event has taken place from the 8th to the 17th of June 2017 at the ‘Cinquantenaire’, Brussels.

On this movie, you can see Pierre Résimont, chef of L’Eau-Vive in Profondville (Belgium) – 2* Michelin